Here’s the story of how I transitioned from evaluating VC managers and co-investments to helping close a $450M fund at an established VC firm to joining Companyon Ventures to help build something special.

Over the past year, I have had the pleasure of getting to know the Companyon team as we frequently traded notes and looked for ways to collaborate during my time at OpenView, a well-known venture capital firm leading Series A through Series C rounds in B2B software companies. This is the same OpenView where (Companyon Co-Founder) Firas Raouf was a member of the founding team in 2006 and where he served as a Partner for nine years.

Given the familiarity and understanding of the strategy between OpenView and Companyon, it was a natural connection. It was also during this time that I came to appreciate the need for Companyon’s expertise in the current venture landscape of bridging the Series A funding gap, where there is a need for specialized institutional capital for startups between Seed and Series A rounds.

I realized that Companyon’s investment strategy of investing in post-Seed and pre-Series A B2B software startups and guiding them into the expansion stage is not only increasingly important as the funding gap widens, but also shares characteristics with successful venture strategies I have observed throughout my career. With this belief, I’m beyond excited to join Firas, Tom, and the rest of the team at Companyon Ventures to continue to build on its early momentum.

Aside from the chemistry with the team and the amazing opportunity to help build a firm, my prior experience helped me narrow my search to find a firm with a winning team and strategy.

Seeing the Best-Performing VC Funds While at Cambridge Associates

After starting my career in private equity and prior to OpenView, I joined Cambridge Associates as a founding member of its co-investment practice. For those who are unfamiliar, Cambridge Associates is a global investment firm advising institutional investors, private investors and family offices, and a pioneer in the endowment model style of investing.

Here’s what I learned about Venture Capital during my time at Cambridge Associates.

At Cambridge Associates, I was able to see hundreds of different funds up close across venture capital and private equity. Regardless of the fund, one thing was clear: sector-focused funds on average were much more likely to outperform generalist funds that may have focused on other core strategies like investment geography or specific enabling technologies. In fact, Cambridge Associates showed sector-specialist funds significantly outperformed generalist funds by an average IRR of 4.7% according to a 2019 report.

The numbers shouldn’t be surprising. Sector-specialists have several advantages versus their generalist peers, including sourcing and deal recognition, post-investment value-add, and exit strategy given the deeper level of focus.

With their focus on investing solely in B2B software startups at a very specific investment stage, these advantages certainly hold true for Companyon, which greatly increased the viability and attractiveness of the strategy in my eyes.

In addition to sector-specialist funds outperforming their generalist counterparts, it is no longer a secret that emerging venture managers are more likely to outperform their established peers as well. While I was at Cambridge Associates, our investment research team published a report in 2020 (Source: Venture Capital Positively Disrupt Intergenerational Investing) that found top quartile returns were not limited to just a few venture funds but in fact, new and developing venture fund managers have routinely been the top performers in their respective vintage years.

With emerging managers often led by successful partners with strong track records, this starts to make sense. It makes even more sense when considering that emerging managers typically operate smaller funds than their counterparts and therefore, a high performing portfolio company has a much better chance to generate stronger fund-level returns and outperformance.

Learning Operational Investing While at OpenView

Prior to joining Companyon, I had the pleasure of working with the partners at OpenView, helping them close their most recent $450M fund, execute SPVs, and strengthen feeder-fund relationships with earlier-stage firms like Companyon Ventures.

At OpenView, I saw the power of a hands-on operational focus and the enterprise value it can create and deliver to the portfolio and the OpenView LPs – it was a real competitive advantage due to having a team of experts focused solely on scaling B2B startups at the expansion stage. I think OpenView’s operational model is second to none at their stage.

As part of my job to strengthen relationships with the best feeder funds for OpenView, I got to know the Companyon Team in 2020. I saw how Companyon employs an operationally-intensive strategy driven by the extensive operating experience of Tom and Firas as well as that of the Platform Team they’ve assembled. With a 10-member Platform team and 19 active Venture Partners on the roster, Companyon provides access to invaluable advisory and execution resources for software startups in need of operational development and GTM strategy refinement on their way to a larger Series A. I think Companyon has the strongest operational model that I’ve seen of pre-Series A funds.

I was impressed by Firas’s and Tom’s pedigrees and their complementary skillset. Firas started as an entrepreneur before becoming an investor with a strong track record. He was a COO for eEye Digital Security, backed by Insight Venture Partners and Bessemer, two leading multi-stage venture capital firms, before becoming a Venture Partner at Insight himself. From there, he was a member of the founding team at OpenView, led by Scott Maxwell. Firas led OpenView’s early-stage investments in Instructure and Workfront. Instructure successfully went public before later being acquired by Thoma Bravo. Workfront was sold to Adobe for $1.5B in Q4 of 2020. Interestingly, neither of these companies, nor any of Firas’ investments were located in presumed hot investment markets like New York or the Bay Area.

Tom co-founded VoiceSignal, which developed state-of-the-art speech technology software that powered voice-enabled mobile handsets for a majority of the industry’s mobile handset manufacturers. After Nuance Communications acquired VoiceSignal for $300M, he served as the COO for Shaser Bioscience (also acquired), and became a Limited Partner in several seed-stage venture funds. That LP experience helped Tom identify the funding gap between the Seed and the Series A rounds and inspired him to start Companyon Ventures.

Both Firas and Tom know how to cultivate success through hard work and have tremendous fun doing it. They are genuine people and they are building the kind of culture and tight-knit team that I was looking for.

It’s not difficult to see why I made the move to Companyon to help grow and be part of a promising young firm. With a laser-focused strategy and significant operational value-add, Companyon aligned itself from the beginning with my personal investment philosophy and with that of other successful strategies. It does not end there, as Companyon really checks all the boxes for me.

I truly believe Companyon has all the “ingredients” to succeed over the long term, and I can’t wait to roll up my sleeves and get started. If you would like to connect (or reconnect), please feel free to reach out to me at [email protected]. 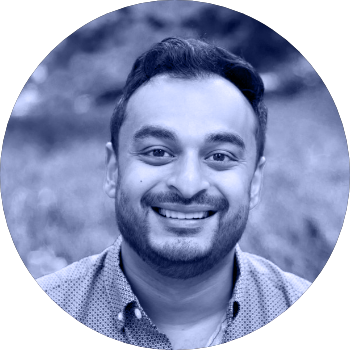 Ronny Chatterjee is a Director at Companyon Ventures, supporting B2B software startups into their expansion-stage by injecting decades of startup experience. The Boston-based firm leads post-seed, pre-expansion rounds in capital-efficient startups across North America that are ready to scale. Companyon’s capital and expertise help scale portfolio companies into a supersized Series A or non-dilutive growth. The firm invests in startups with $1-3M in recurring revenue aiming to scale by 2-3x in the first year with help from its growth-ops Platform Team that offers experience, tools, and playbooks used in top-performing software startups.