My Biggest VC Opportunity and Regret

It was sometime in mid-2009 when I found myself in Copenhagen hanging out in the living room of a startup, having communal lunch, and getting to know its three founders. They gave me a demo of their product and talked about their vision of their platform becoming the tool that any game developer can use to build casual games on mobile devices. I nodded my head and pretended to understand their market. Yet what got me excited about this company was the passion behind the vision that these founders had. Regardless of what market and problem they were going after, I knew that this was a team that is going to be successful.

By the time I got back to my office at OpenView Venture Partners in Boston, I knew that the company was in the early stage of maturity relative to OV’s typical investment, but I wanted to back this team. I’ll spare you the gory details of why, but, needless to say, I didn’t win the deal. Three months later, Sequoia swooped in and won the Series A round in October 2009 and that small Danish startup and its founder never looked back.

Today that startup is a public company with a valuation of $29B. Yes, I’m talking about Unity.

I learned a lot from that experience. One is how to live with investor regret. But that topic is for another day. What I also learned is that when it comes to investing in software startups – when you meet a special team executing on a powerful vision – move fast, don’t waiver, and don’t lose the deal.

I will spare you my rendition of Beamable’s vision. Instead, I will point you to a paper authored by Jon Radoff, the founder of Beamable that talks about the reason why Beamable exists. Go ahead, click here and read it. I’ll wait.

Our relationship with Beamable dates before its founding to its predecessor, Disruptor Beam. Disruptor Beam was founded by Jon in 2010 as a social network game developer. The company created Game of Thrones Ascent, a social and mobile game, and Star Trek Timelines, a strategy roleplaying game featuring characters from all of the Star Trek eras. Source.

Just like Unity was founded by spinning out of a predecessor game development studio (Over the Edge Entertainment), Beamable was founded by spinning out of Disruptor Beam. Both startups were founded to productize the tools that were used by the founding team to build their own games. Both startups were founded to make their development platforms available to other game developers, to make it easier to build their games. Today, the Unity platform is the one that helps game designers build the creative “frontend” side of their games, and Beamable can now be their “backend” development tool.

Companyon Ventures was an investor in Disruptor Beam through its first fund. When I joined my partner Tom Lazay at Companyon to raise our current Fund II, he took me on a tour of his Fund I investments, including Disruptor Beam. It was then, back in late 2019, that I first heard Jon talk about his vision for Beamable. And I was hooked from that day.

Now you understand why we backed Beamable. The real question is, why did Beamable pick us?

We are (one of) the right investors in Beamable because our mission is to help founding teams realize their vision by helping them build the foundations of a scalable and capital-efficient company. What we do best is rolling up our sleeves and jumping in to help founding teams implement the systems, processes, and practices to support high growth and expansion.

Now that the funding has been executed, our Platform Team has geared up to join the Beamable team to get to work on company building.

More to come in this story… 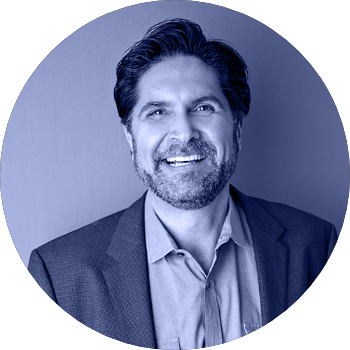